Amy Schumer married chef Chris Fischer in a secret ceremony on Tuesday after just a few months of dating. The two were married at a house in Malibu, California, in front of 80 friends, including stars Larry David, Jennifer Aniston, Jennifer Lawrence, David Spade and Jake Gyllenhaal.  Schumer confirmed her nuptials after the news broke, posting wedding photos on Instagram and writing simply, “Yup.”  Schumer later posted a message on Instagram saying that she wasn’t pregnant, and that she wanted people to donate to the gun-control advocacy group Everytown for Gun Safety in lieu of wedding gifts. 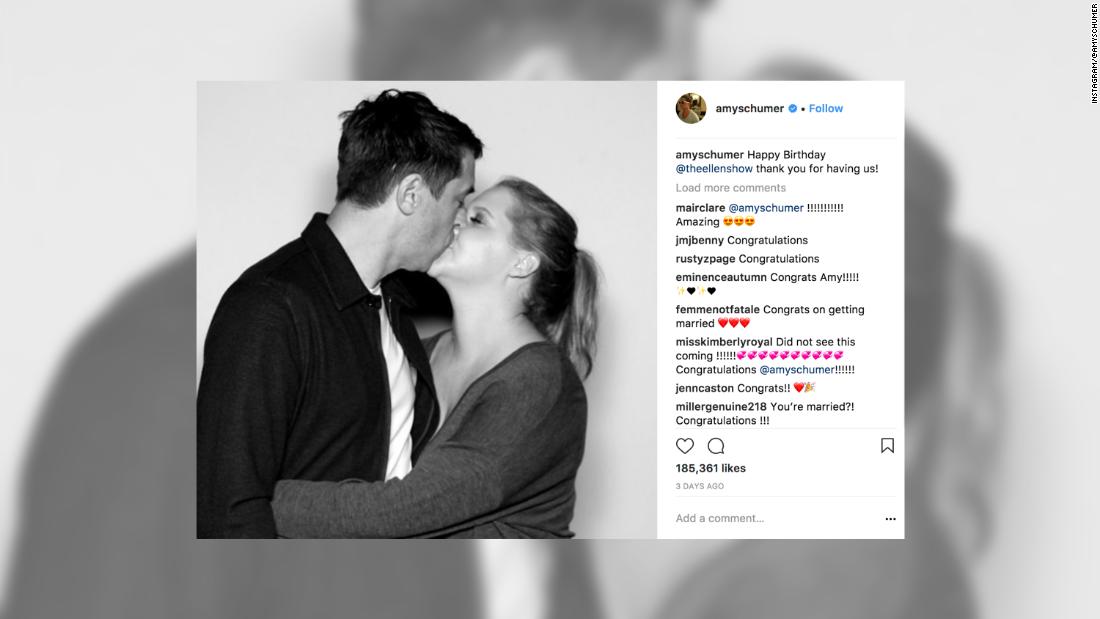